Kottayam is one of the richer districts of Kerala. The place is well fed by rivers making it agriculturally a very productive district of Kerala. It has the highest rubber production in India. It has developed several small and medium Industries also. All these developments have been possible because Kottayam is a very well connected town with the major cities of the state as well as the neighbouring state of Tamil Nadu. It is equally well connected with the rest of India. 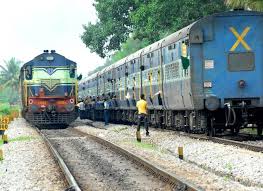 The city of Kottayam has all those modes of transport as will be found in any other upcoming city in the country. Auto rickshaws, taxis and buses are the major conveyance inside and to nearby places.
Kottayam lies on the NH183. This makes the city well connected with other parts of the country. The rail link connects it with New Delhi, Bengaluru, Ahmedabad, Thiruvananthapuram, Hyderabad, Chennai, Mumbai and Kolkata.

The road links passing through Kottayam are SH 1, SH 11, SH 13, 14, 15 and SH 32. The state highways have made the road transport to be the mainstay of the people of Kottayam.

Public Transport in and nearby the city of Kottayam is dependent on road links. The main mode used by a large number of people is the state transport buses. These buses ply from 3 bus stands in the city. Out of these three stations, 2 provide bus services run by private entrepreneurs. These bus stands are listed below.

Nagampadam bus station is bigger of the 2 private bus stations. It is situated near the railway station right close to platform No. 1. People can have all kinds of luxury and A.C. buses from here to various cities of Kerala as well as run in local areas.

The second station is called the old or municipal bus stand. It is smaller. It is situated at Changanacherry. It is located in almost the middle of the city. This one serves both the intra and the inter-city routes close to the city of Kottayam.

The Government Bus stand is the KSRTC stand on T B Road close to NH 220. The enquiry no of the Government Bus Stand is 0481-2562908. Buses run from this stand are exclusively managed by the state transport authority. These buses ply on all the routes of The State and National Highways.

Auto rickshaws are also a popular mode of intercity transport. This has become popular throughout India due to its manoeuvrability and low maintenance. The auto rickshaws ply mostly in the inner city area to ferry people in shared comfort.

Taxi Services: Another popular mode of transport in Kottayam is metered taxi services for city as well as nearby areas. The service caters to the nearby tourists places. These are available through various outlets for long distance haul also.

Some of the popular Taxi Service providers are listed below.

This is a very important mode of transport at Kottayam. Kerala State Water Transport Department runs the ferry services from two well-equipped jetties. In fact, ferries are one of the cheaper modes connecting Kottayam with the nearby tourist destinations of Kumarakom, Alappuzha, Munnar, Alleppey, Champakulam and Mankombu etc. The Jetties are called Town Jetty and Kodimatha Jetty. The town jetty provides link to the nearby tourist places. It is now the face of Kerala as it has been boosted as the launching pad for the backwater rides on the Vembanad Lake. Kodimatha Jetty is famous as an all-weather point because it can run even in summer months when the water levels are low in the river.

Inland Container Port: Kottayam port at Nattakom near Kodimatha is a minor port. It is important only because it is India’s first Inland Container Depot using inland water ways.

Train links from Kottayam constitute a major mode of transport. It falls under the Southern Railways (SR) Thiruvananthapuram Division. The station is situated right in the heart of the city. The rail network has both the meter gauge and broad gauge lines. Thus, it connects with the interior of the state as well as the major cities of the country. The 7 railway stations of the district are Kottayam, Chingavanam, Vaikom Road, Changanacherry, Kuruppanthara, Piravom and Ettumanoor.

Kottayam (station code KYTM) is situated on the main Thiruvananthapuram Ernakulum route connecting it with all the major cities like New Delhi, Mumbai, Chennai, Bangluru, Hyderabad Ahmadabad and Kolkata

The names and addresses of some of the main transporters of Kottayam are listed below.