Museums in Kottayam are attached to the bounty of nature showcasing the exquisite work of nature in its furious best. The Driftwood museum is one of a kind in the world and the Chavara is a tribute to the old legacies. 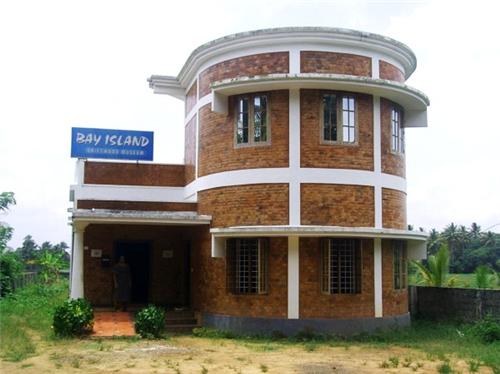 Bay Island Driftwood Museum in Kottayam is a unique kind of museum on its own. It houses a large collection of articles of high quality driftwood which are prepared through a modern art form. There are wood designs of various kinds of high artistic value made of tree trunks and roots. The collection was started by an enterprising lady teacher Raji Punnoose who used to pick up these deposited driftwood pieces from the seashore which comprised of twisted tree trunks, stumps and roots which could be transformed into beautiful sculptures as they had already been transformed by the cyclonic and turbulent Bay of Bengal sea. She has collected them off the beaches of Andaman and Nicobar Islands. New things cropped up in each cyclone on the shore and due to continuous turbulence of the sea they have aged very well and have become strong.

These collected pieces are cleansed, weaker and crumbling parts removed and scraped and trimmed and created into extraordinary pieces of art. It was a difficult piece of art as high amounts of sea water had almost fossilised them between wood and coal. Nails become hard to be driven into such pieces. Some pieces were so advanced in fossilised state that they can be heard to have drumming sounds when played upon like rosewood or teakwood. 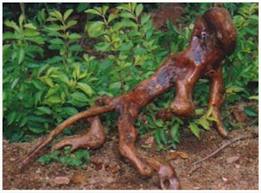 Nature had given these pieces their strong shape and they needed to be polished and the rough edges to be trimmed. Many of these pieces resemble animals, birds, fishes, reptiles and amphibians. Shaping, scraping, polishing, finishing and preserving were done with fierce dedication.

The admirers and connoisseurs of this rare and innovative form of art frequent the Bay Island Driftwood Museum. The student community finds the art form adopted in the preparation of the exhibits in the museum interesting and educative as the museum inculcates in them the qualities of imagination, creativity, originality and initiative to produce useful articles out of materials normally considered waste.

The museum is some 10 kms away from Kottayam and has become a tourist attraction, seeing which the state government has also awarded it the “Most Innovative Tourism Project” award in 2004. Currently, the proprietor himself takes interested guests around a guided tour of the museum with explanations and her ideas behind many pieces. In future with increasing number of visitors an audio guide will be provided which can take her place and explain the nuances of the pieces.

The museum opened in 2001 and was also certified in 2010 in the Limca Book of Records as the only driftwood museum in the country.

The museum charges Rs 50 as the entry and ploughs back its revenue into charity and donations to an old age home and local area development.

This is a museum built specifically to conserve the Christian heritage and was constructed by the Church authorities. The Chavara Art Museum preserves articles of the Mannanam Church. The museum is located on MC Road.

It takes around 10.8 km to reach from the railway station to MC Road, where the Museum is located.

One can hire cabs and taxis from railway station or simply take KSRTC or private buses.